Professional tennis umpires are reportedly threatening to form a union and boycott Serena Williams’ matches after she called out an umpire at the US Open finals.

During the game, Serena Williams accused chair umpire, Carlos Ramos, of sexism over violations she received during her US Open championship loss to Naomi Osaka. She also called him a thief and told him that he will never be on another court of hers.

Umpires are reportedly “disturbed” by Serena’s outburst and are also disappointed in league officials who publicly supported her.

Also Check:  EPL: Klopp reveals why Salah did not succeed under Jose Mourinho at Chelsea 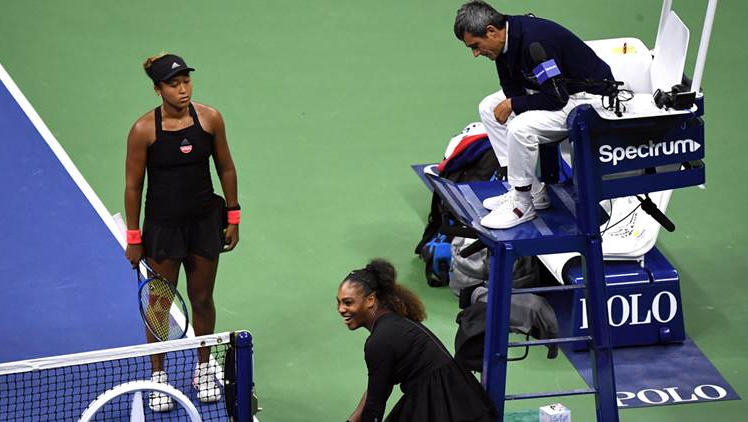 Umpires felt troubled by this and in response, they are reportedly threatening to boycott Serena’s matches, as they feel that Ramos is being unfairly criticized for his conduct during the match.

There is a lot of unhappiness in the umpiring community because no one is standing up for officials.

Umpires keep asking: ‘What if it was me in that chair on Saturday?’ There is a widespread feeling that Carlos was hung out to dry for nearly 48 hours and that no one is standing up for officials.

Several umpires are privately advocating for officials to unionize, the Guardian reports, though presently umpires do not have a union to organize any form of a boycott.

Also Check:  'You will never be on another court of mine' - Read the full transcript of Serena Williams' furious rant at US Open final

In an interview with ESPN on Sunday, USTA President Katrina Adams called the US Open event “unfortunate” and argued that things would have been different if Williams were a male player.

We have to have consistency, because when you look at what the women, in this case Serena, is feeling, we watch the guys do this all the time. They are badgering the chair umpires on the changeover. Nothing happens.

The International Tennis Federation, however, issued its own statement supporting Ramos, who is a contracted gold badge umpire with the organization.

Carlos Ramos is one of the most experienced and respected umpires in tennis. Mr Ramos’s decisions were in accordance with the relevant rules and were reaffirmed by the US Open’s decision to fine Ms Williams for the three offences.