Zainab Ahmed has been appointed acting Minister of Finance, following the resignation of the immediate past finance Minister, Kemi Adeosun.

Recall that Adeosun resigned yesterday following the scandal surrounding her NYSC discharge certificate. In his statement of acceptance of her resignation letter, President Buhari announced Zainab Ahmed, as the acting Minister of Finance. 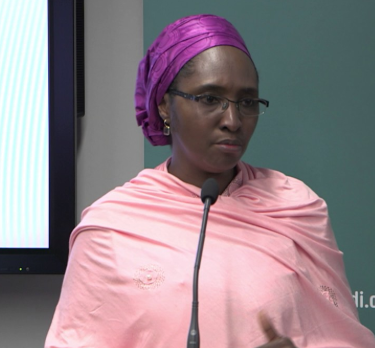 It is believed that Ahmed, who is the daughter of Governor El-Rufai’s foster father, Yahya Hamza, will hold the position only on a temporary basis until the National Assembly reconvenes and Buhari is able to send a replacement for senate screening.

Until her appointment, Zainab was the Minister of State Budget and National Planning. She has previously served as the executive secretary of the Nigeria Extractive Industries Transparency Initiative (NEITI), the extractive sector watchdog.