A white woman was filmed calling the cops on a black woman who stood in her doorway to take shelter from a storm.

Darsell Obregon said she was on her way to use the subway when it started to rain so she took cover close to the door of an apartment in the Park Slope area in Broooklyn. Darsell said in a Facebook post that she had been there no more than three minutes when the white woman came out and asked her to leave. Darsell said that when she refused to move, the woman then called the cops. 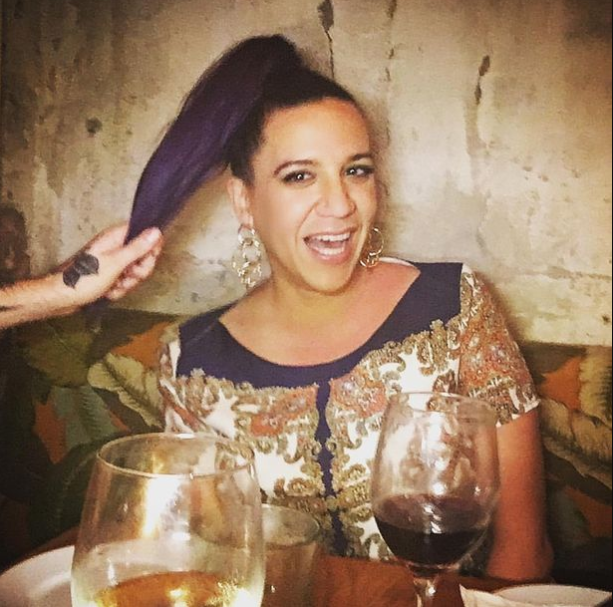 Also Check:  Davido's performance in California postponed indefinitely due to threats of Hurricane Florence that's set to hit US this week

In the videos shared online, the homeowner can be seen on the phone talking to the police, asking them to come and arrest Darsell for standing in her doorway. When Darsell’s Uber eventually arrives, she gets into it and tried to leave but the woman follows her, telling her not to leave and warning the driver that if he drives off, he will be aiding a criminal.

“If you go anywhere, you’ll be committing a crime as well; you know that, right?” the homeowner tells the Uber driver.

The unnamed woman continues speaking on the phone with the police, informing them that the woman was trying to leave. She then reads out the car plate number to the phone operator on the other end.

Also Check:  Florida man who killed father of one over handicap parking space feud will not be charged due to state’s “Stand Your Ground” law 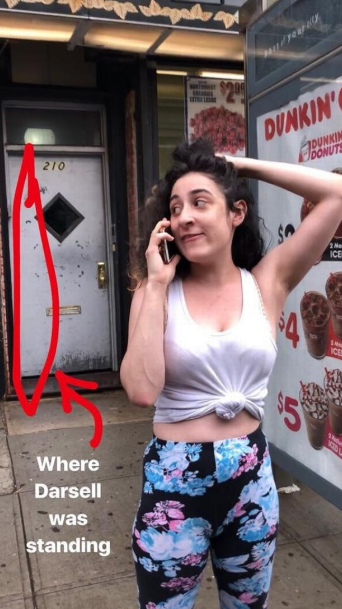 Darsell has accused the woman of “white privilege”.

In her post, Darsell wrote: “On Sunday afternoon, I was in Brooklyn walking to the train when a sudden rain storm began and I hid in the doorway OUTSIDE of a random apartment in Park Slope to shield myself from the rain and call an uber.

“No more than three minutes later a young woman who lives in the building opened the front door and told me that I can not stand there and had to leave.

“I told her I was not going to move (unbeknownst to her I was just waiting for my ride and would be leaving in a couple of minutes) so then she proceeded to call the police.

It is not known if police attended the incident.