Recall that FLP had reported the gruesome rape and murder of the pastor on Sunday night, August 5, after Sunday Service at Assemblies Of God, Obudu Road Ikom where she is assisting Rev.Elias Apieson. 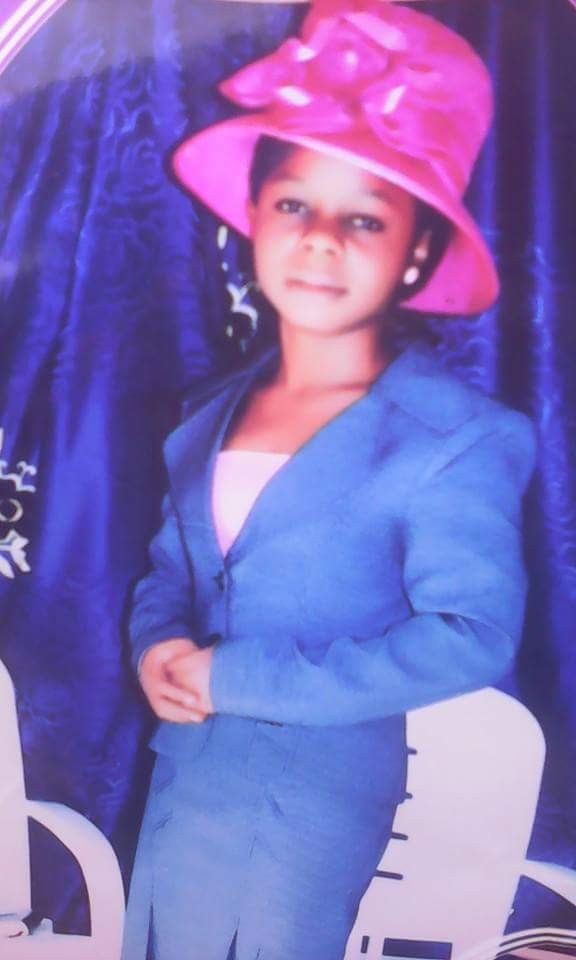 The suspect identified as Mr Otu popularly called evangelist from wula village in boki LGA of Cross River state was arrested at Melrose clinic Ikom metropolis by the police on Wednesday, August 29, following a tipoff.

The victim’s phone was found in the bag he carried during the arrest.

Upon interogation, thee suspect confessed to the crime.The Police has transferred him to the Command Headquarters in Calabar.

Reacting to the arrest of the suspect, Pastor Solomon Ajuk of Assemblies of God Church, took to Facebook to celebrate as Rev.Elias Apieson has been exonerated after he was accused of having a hand in Ms Neji’s murder:

“You were accused of what I knew you can never do. Those you trusted so dearly turned their backs at you and tried to make the false allegations look real. What was their reasons? I can’t tell. Yesterday God vindicated you expressly by the arrest of the killer of your associate pastor, pastor Esther Neji. Her phone was recovered from her killer and he even took the police to where he hid the gun used in killing our sister. He has admitted to the crime.God is still God!”

Also Check:  See the private jet, luxury cars, and designer wrist watches of South African pastor who is worth about a billion dollars (Photos) 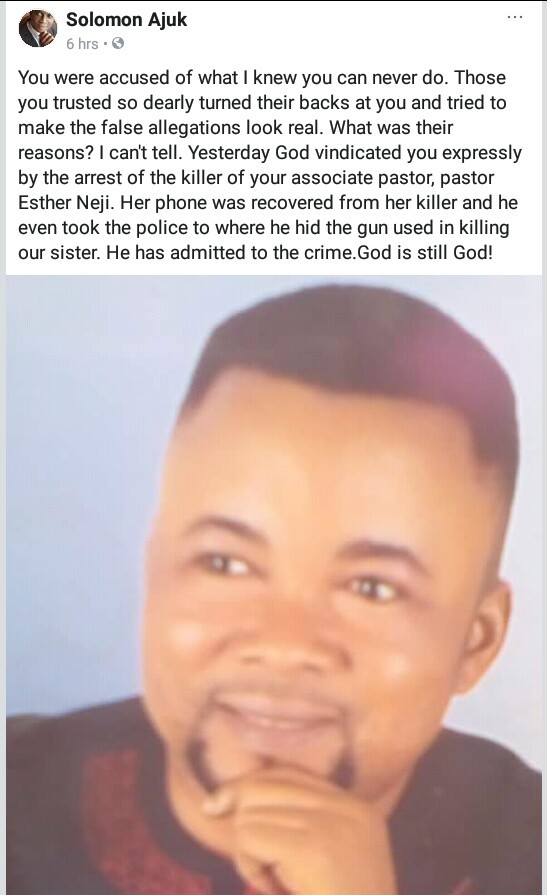