A female police officer who breastfed a malnourished baby in Argentina has been hailed a hero for her selfless act.

Celeste Ayala, an Argentine police officer, was on duty at the Sister Maria Ludovica Children’s Hospital, in Buenos Aires, when she heard a baby crying intensely. She made enquiries and was told the child’s mother was not able to fully provide care for the child who looked malnourished, “smelly and dirty.”

Ayala’s mother instincts immediately kicked in and she asked staff if she could help the infant. After doctors gave her permission to nurture the infant, she cuddled the baby boy and breastfed him. She explained that watching the infant cry for attention and food prompted her to take action.

She said: “I noticed that he was hungry, as he was putting his hand into his mouth, so I asked to hug him and breastfeed him.

The moment at the hospital in Buenos Aires was photographed by another police officer, Marcos Heredia, who then shared the image on Facebook.

Her caption for the photo, when translated into English, reads:

I want to make public this great gesture of love that you had today with that baby, who without knowing you did not doubt and for a moment you fulfilled how if you were his mother.

You did not care about THE MUM AND THE SMELL as the professional gentlemen of the hospital manifested.

Ayala has been praised by millions who saw the photo. She was especially praised for not discriminating against the child who hospital staff described as “smelly and dirty.”

After the photo went viral the fire department where Ayala serves as a volunteer took to social media to praise her. 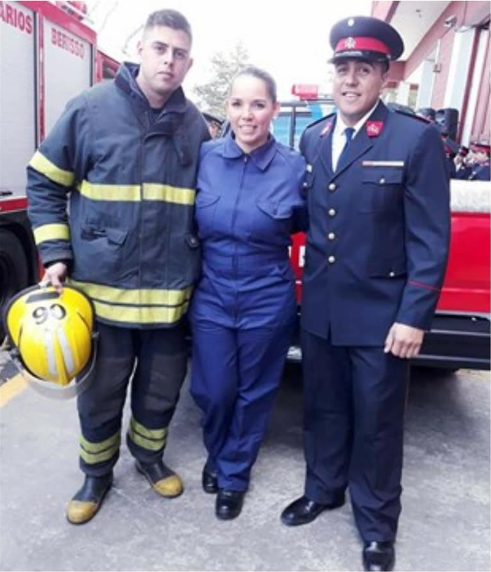 In addition to the recognition, there was a reward for Ayala’s action. The vice president of the legislature of Buenos Aires invited Ayala to a meeting, where he promoted her from officer to sergeant, CBS Local reported. 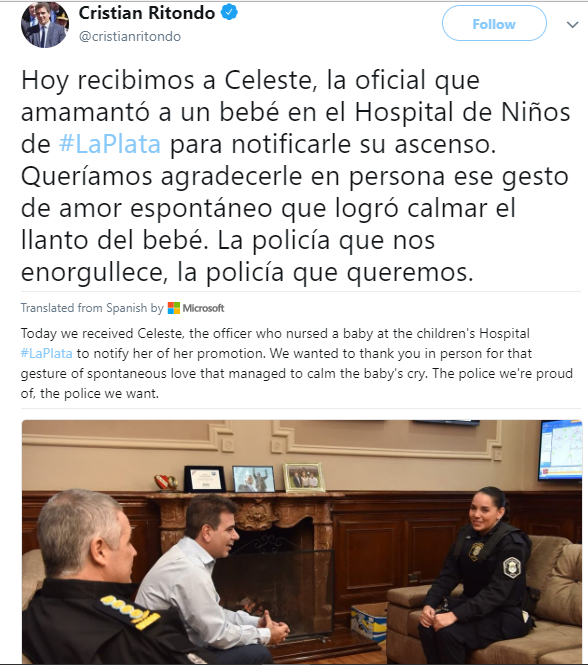