Lai Mohammed refutes claims that the South East has been abandoned by the Buhari-led administration; Lists projects in each state

The Federal Government has refuted the statement credited to the Governors of the states in the South-east, that the region has been shortchanged in the implementation of infrastructural projects, saying there are 69 ongoing projects in the region alone. 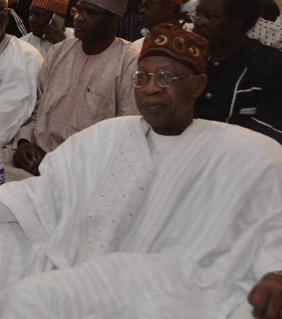 The Minister of Information and Culture, Alhaji Lai Mohammed, issued the rebuttal in Ilorin on Thursday, at a lecture by Mr. Festus Keyamo, spokesman for the President Muhammadu Buhari Campaign Organization.

”While this claim may have made headlines, it is totally untrue. His Excellencies were either misquoted or they were quoted of context. Either way, this allegation flies in the face of available evidence,” he said, promising to publish THE full list of the projects and the state-by-state breakdown.

Alhaji Mohammed said no part of the country, including the South-east, has been left out of the massive infrastructural projects of this Administration, adding that from the proceeds of the 100 billion Naira Sukuk Bond alone, the South-east got 16.6 billion Naira worth of projects, just alike any other zone.

The Minister said he had gone on a media inspection of the roads, as well as the Aba-Port Harcourt section of the Enugu-Port Harcourt Expressway and the 2nd Niger Bridge, where the contractor has completed the first three phases of the project.

”In conclusion, the South-east has never had it so good in the area of infrastructure. Had the previous Administrations done even half of what we are doing now in that region, no one will be complaining today. It is alright to ask for more, but it is unfair to say nothing has been done,” he said.