A security expert was badly injured when a bullet fired by policemen attached to the State Criminal Investigation Department, Yaba, strayed and shattered his car window.

The policemen were in an SUV, chasing some suspects around the Ikeja airport tollgate in Lagos, when they were stopped by a barrier at the toll gate on Friday, July 20, 2018, at about 12:35 p.m. Watching the car driven by the suspects get away while they were still held back by the barrier angered the officers and they broke through the barrier with their SUV.

They were immediately confronted by tollgate workers and an argument ensued as the officers accused the tollgate staff of letting the suspects they were chasing escape. As the argument got heated, the officers began shooting sporadically without thoughts for those in the vicinity.

A security expert, named Tunde Adeparusi, who was on his way to the Murtala Muhammed International Airport, was at the tollgate waiting to be attended to at the same time the officers were shooting and a stray bullet hit his car window, shattering it. The bullet flew past Adeparusi, narrowly missing his head, but he wasn’t so lucky with the flying shards as they hit him on his face, leaving him with cuts and blood running down his face.

When the officers saw that they had injured Adeparusi, they drove off without attending to him.

Adeparusi was taken to the hospital to be treated for his injuries. He later reported the case to the Bisam Police Station and a CCTV footage showing the face of one of the police officers who shot at Adeparusi was released to the station.

Also Check:  Buhari Urged To Name The Politicians Behind The Killings ‘So They Can Be Stoned’ 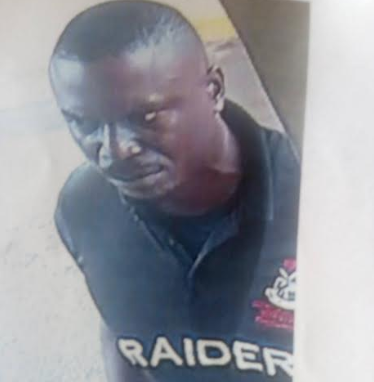 “Please note that this guy whose face was picked by the camera was one of the shooters in the toll gate on Friday the 20th July 2018 at 12 35pm.

“They were like 4 or 5 of them (sars) in an suv. And because they were stopped by the barrier which they broke, they were angry ..and started shooting sporadically..the bullet narrowly missed my head in my car and shattered my wonder glass which affected my face that was covered in blood.  God saved my life on Friday. This could have been anybody. In a public place around the Airport!!!!!”