Openly gay rapper Milan Christopher has made fun of popular reality TV star Angela Simmons for saving her virginity all her life only to end up a single parent.

Taking to Twitter, Milan wrote: “The fact that Angela Simmons saved her virginity her whole life just to be a single parent, tells me to just go head & live my best life! The ? shop is now open! ??‍??” 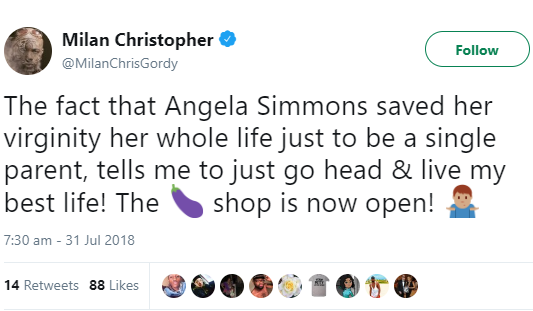 Angela Simmons was a virgin till the age of 28 when she got engaged to fiancé, Sutton Tennyson. Prior to that, she was a strong advocate for maintaining one’s virginity. The Growing Up Hip-Hop star constantly preached about preserving her virginity and practicing abstinence until marriage.

Also Check:  Gay 'Love and Hip Hop' star, Milan Christopher, speaks on the only time he will ever consider visiting Nigeria 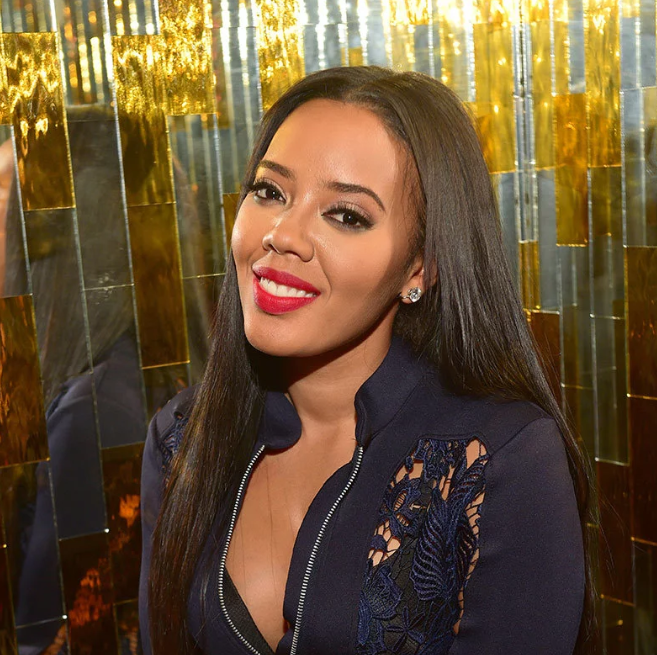 Sadly, things didn’t work out between her and the one she was supposed to marry so she called off the engagement, leaving her a single parent.