A man was caught on video punching a woman unconscious in a shocking assault as revelers gathered outside a nightclub.

Footage shows the man and woman standing together outside the club, before the man hits the woman in the face with violent swings. The woman falls backwards and lands on the pavement as one horrified eyewitness screams “oh my God”.

The woman was taken to hospital for treatment. No-one has been arrested. 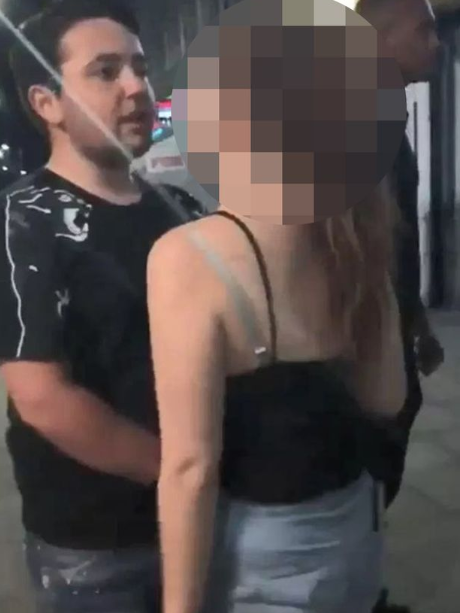 Met Police have confirmed they are treating the incident which happened outside Faces nightclub in Gants Hill, east London, in the early hours of Saturday as grievous bodily harm.