A Thai man used Facebook to fake his own death in a bid to get family members to send money to cover his own funeral costs.

The man, Tachawit Janngiw through his wife posted three photos of his “dead body” on Facebook on Sunday complete with cotton up his nose to make his death look real.

“Last photo before deactivating his Facebook. Love you,” she wrote. 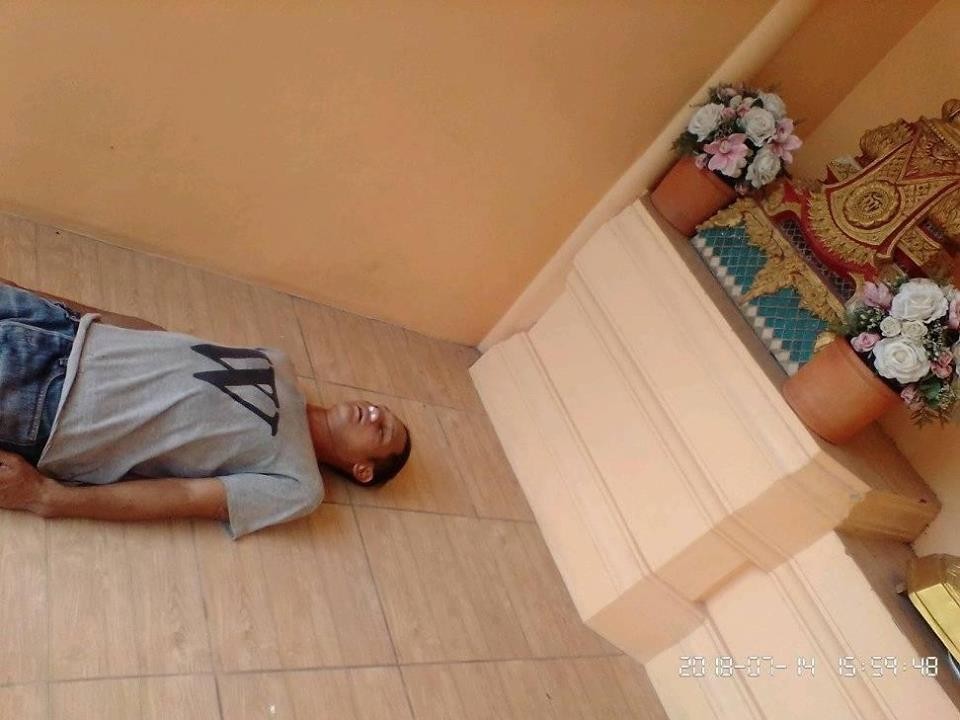 His wife told concerned friends that her husband had died of cancer and asthma and had been “pretending” to be ok for a long time, according to news site Coconuts Bangkok.

Tachawit’s wife reportedly called his mother, who lives in Lampang province, demanding cash. The family then wired $590 to her to pay for a coffin and vehicle to take his body back to his hometown.

The family began making funeral arrangements and contacted a temple in preparation for the body arriving the next day. But when the body didn’t arrive, Tachawit’s cousin called his mobile, he picked the call and quickly hung up after realizing who was on the phone.

Tachawit’s mother told the Morning News: “She said she didn’t have money to prepare the body, so I sent her money on that same day.”

According to her, the family has lost $1,800 funeral costs, but she doesn’t bear a grudge against him. 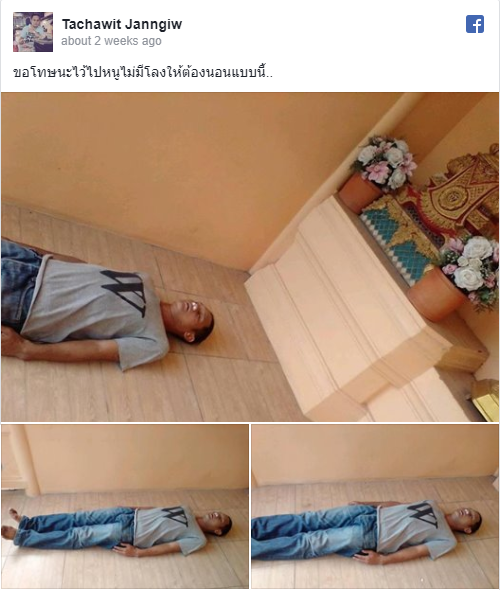