A Facebook user has advised women to stop keeping their relationships secret after a man was exposed for having sex with 7 women who are popular on Facebook and none of them knew because they were keeping him private.

Nora Oma Patrick said keeping your relationship private and off social media can be a good thing, but it can also be bad because you may not know that your man belongs to someone else. She advised that showing him off will ensure that you are informed by other social media users if he is married or in a relationship with someone else.

Nora’s advise came after a story went viral on Facebook about a married Nigerian man who had sex with 7 Nigerian women he met on Facebook, some of who are popular names. 4 of the women he slept with are reportedly friends and 2 are sisters. But because they were keeping their relationships private and away from each other, they didn’t know the man was playing them. 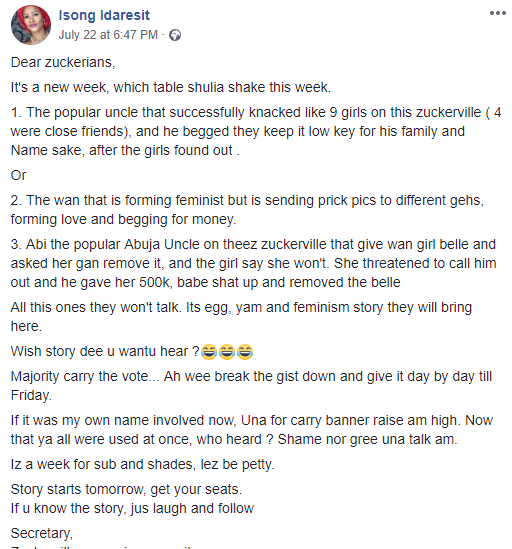 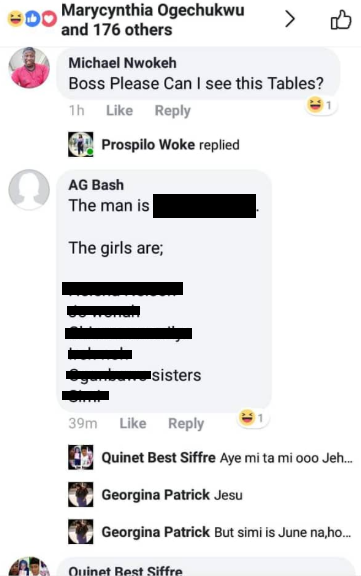 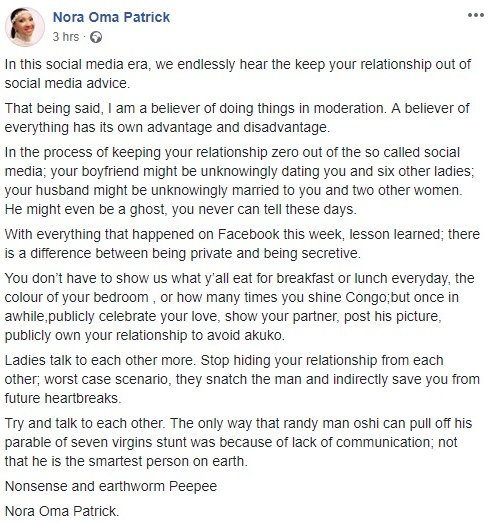