Janet Jackson’s ex-husband Wissam Al Mana was seen taking a walk with a Black woman and his son Eissa and it has prompted rumours that they are dating. But then she could be the nanny.

Janet Jackson and Al Mana broke up last year and, according to Janet, Wissam was very controlling during their marriage. She also suggested that he may have been unfaithful.

Janet’s brother Randy also revealed in an interview with People Magazine that his sister’s relationship was tumultuous, saying:

“It was quite an abusive situation. It came on later in the relationship, verbal abuse and being [made to feel like] a prisoner in her own home. No pregnant woman needs to go through being called a bitch every day. There were things like that. That’s what she went through.”

Well, it seems Al Mana has moved on as he was seen looking happy as he walked the streets of London with the mystery woman and his son born by Janet Jackson.

Also Check:  HILARIOUS!!! Curvy Lady Shares A Photo of Her Cleaning Her House in Bra And Got Some Funny Reactions She Wasn’t Expecting 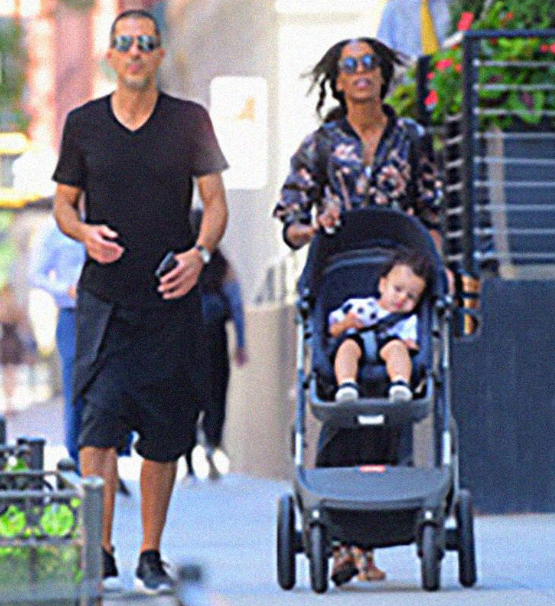