The Inspector General of Police, Ibrahim Idris, has asked Senate President Bukola Saraki to appear at the office of intelligence response team (IRT) office in Abuja tomorrow Tuesday July 24th, over the robbery incident that took place in Offa, Kwara state, on April 5th. The attack claimed the lives of over 20 persons.

Recall that in June, some of the arrested suspects confessed to work as political thugs of Saraki and used the vehicles he provided for his political activities to carry out the robbery.

In the recent letter to Saraki, the police chief said some of the robbery leaders alleged that Saraki gave them arms and money used to rob and that Saraki needed to come forward to clear his name.

“It was equally discovered that one of the vehicles, a Lexus Jeep, used by the gang leader (Ayoade Akinnibosun) has a sticker plate number ‘SARAKI’ Kwara State of Harmony’,” the letter read.

“The Lexus jeep was parked in the government house after the arrest of Ayoade Akinnibosun and in order to conceal evidence, the chief of staff to the executive governor of Kwara state, arranged for the removal of the sticker plate number ‘SARAKI Kwara State of Harmony’ from the Lexus jeep and quickly registered it in the name of the suspect, six days after the suspect has been arrested by the police.

“Specifically Mr Ayoade Akinnibosun ‘m’ 27 years in his confessional statement stated that ‘members of his group are Political Thugs working for senator Bukola Saraki and governor of Kwara state’. That he is the head of the political thugs named Youths Liberation Movement covering about seven local governments areas of Kwara south.

The letter quoted the suspects as saying they accompanied Saraki on a condolence visit to Offa.

“Furthermore the suspect Ayoade Akinnibosun stated that the date you senator Saraki visited Offa in sympathy with the victims to the palace of the Oba, that he and two other gang members were with you in the convoy.

“In your response to the above allegations, you stated ‘by virtue of my participation in politics, I have a large followership which makes it impossible for me to know all of them. I can say categorically that i am in no way associated with the vehicle mentioned in your letter nor have I given any arms to any thug or other persons in kwara State or anywhere else.

“For the records, your letter under reference did not include the full text of the statements made by the accused persons.’

“It is in line with the above that you are requested to report to the head of the Investigation Team at the Intelligence Response Team at Guzape junction, Asokoro extension, Abuja on 24th of July, 2018 at 8am for further investigation on the matter.”

Saraki is yet to react to this recent development.

Also Check:  "Saraki will be Senate president for four years, nobody can impeach him" – Dino Melaye

See copies of the letter below 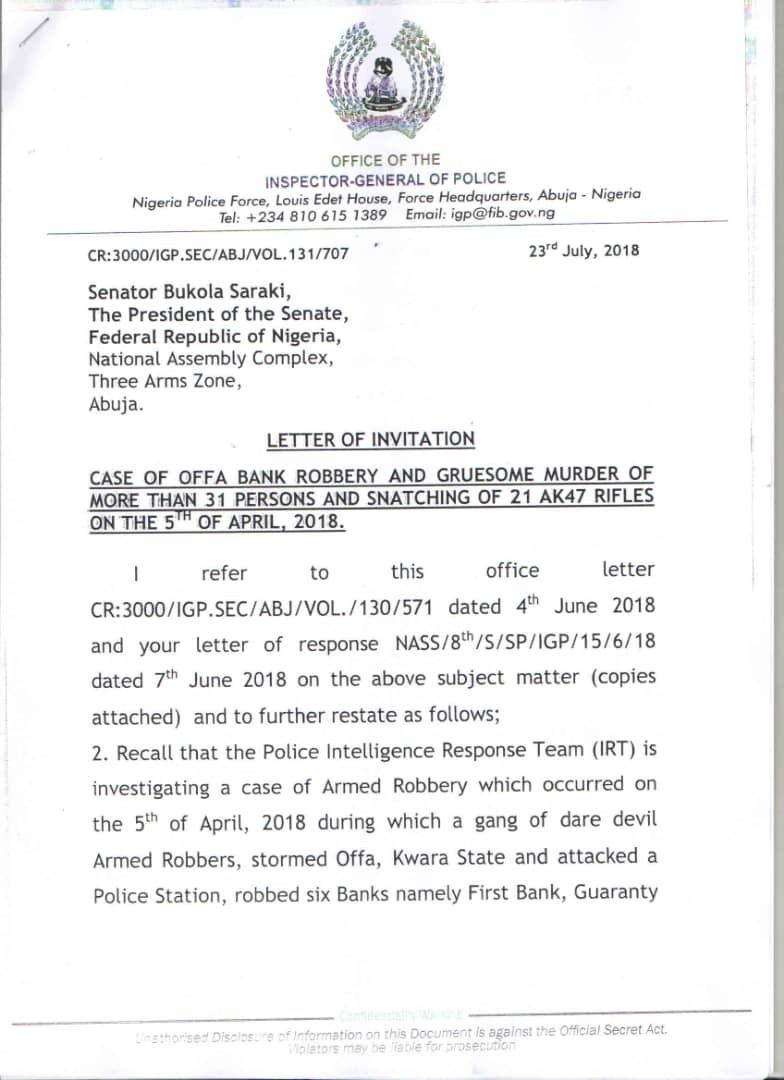 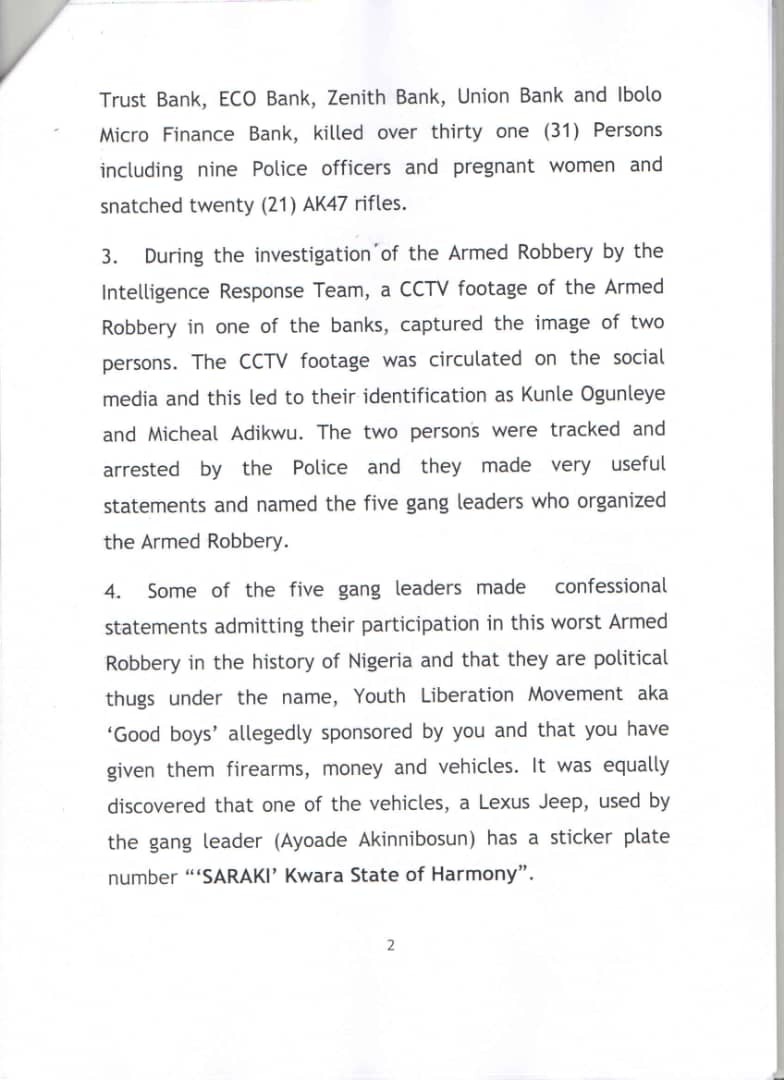 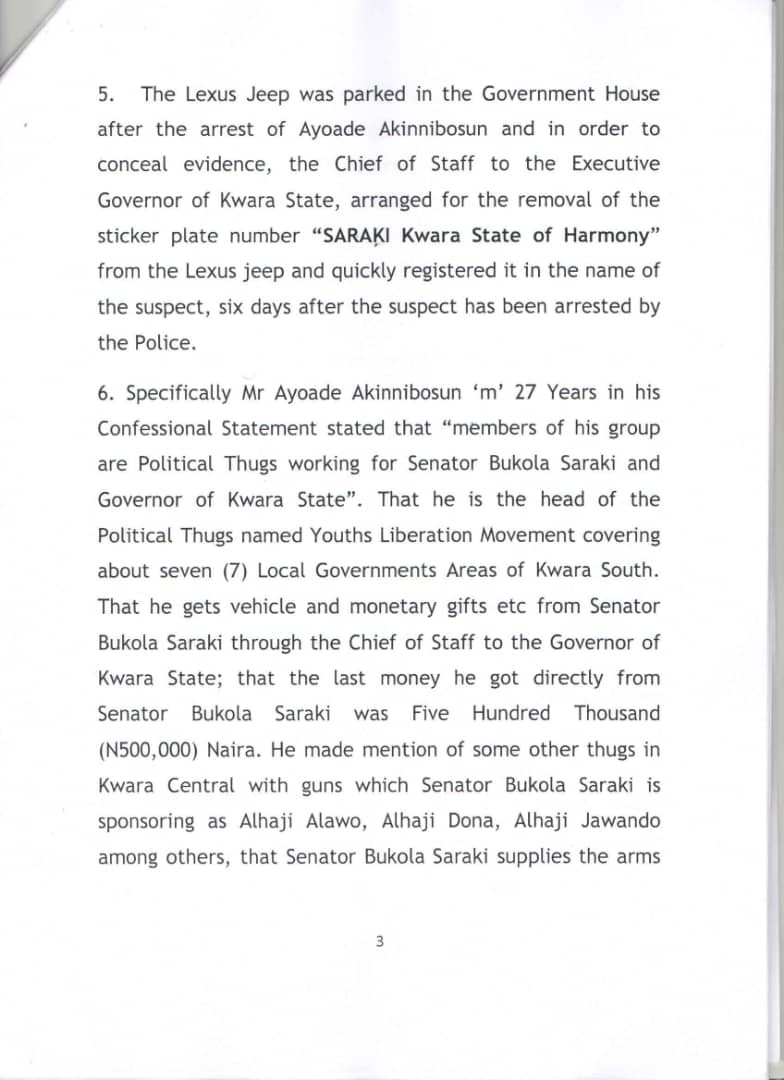 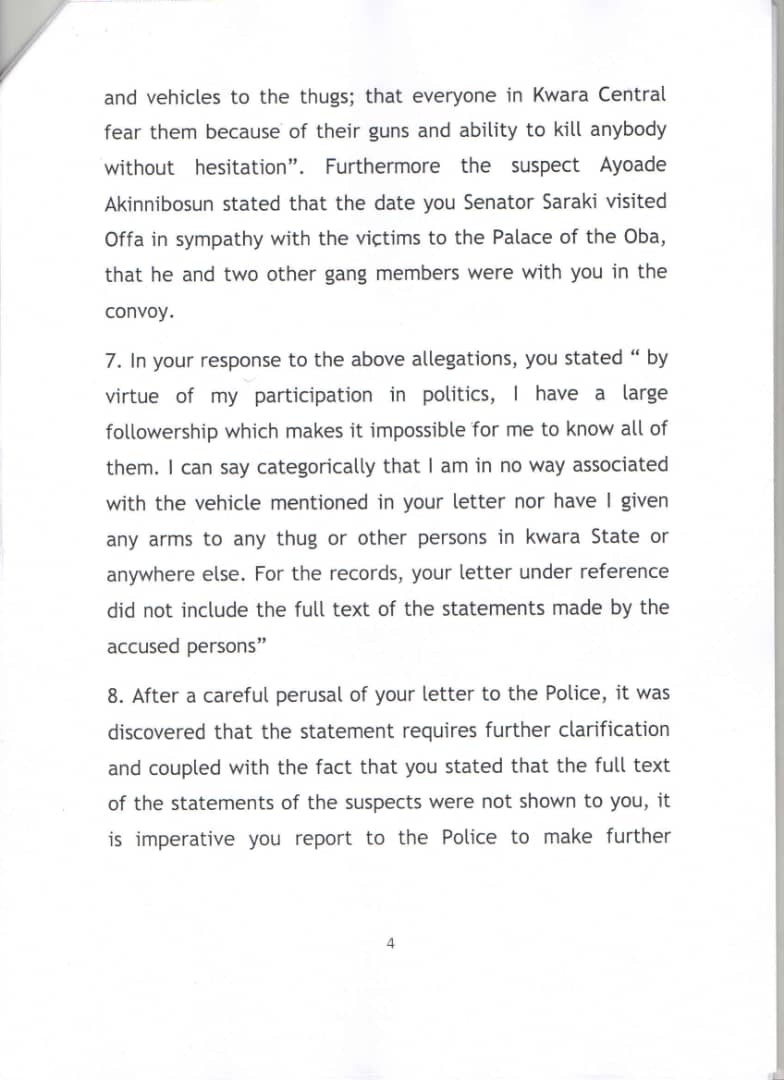 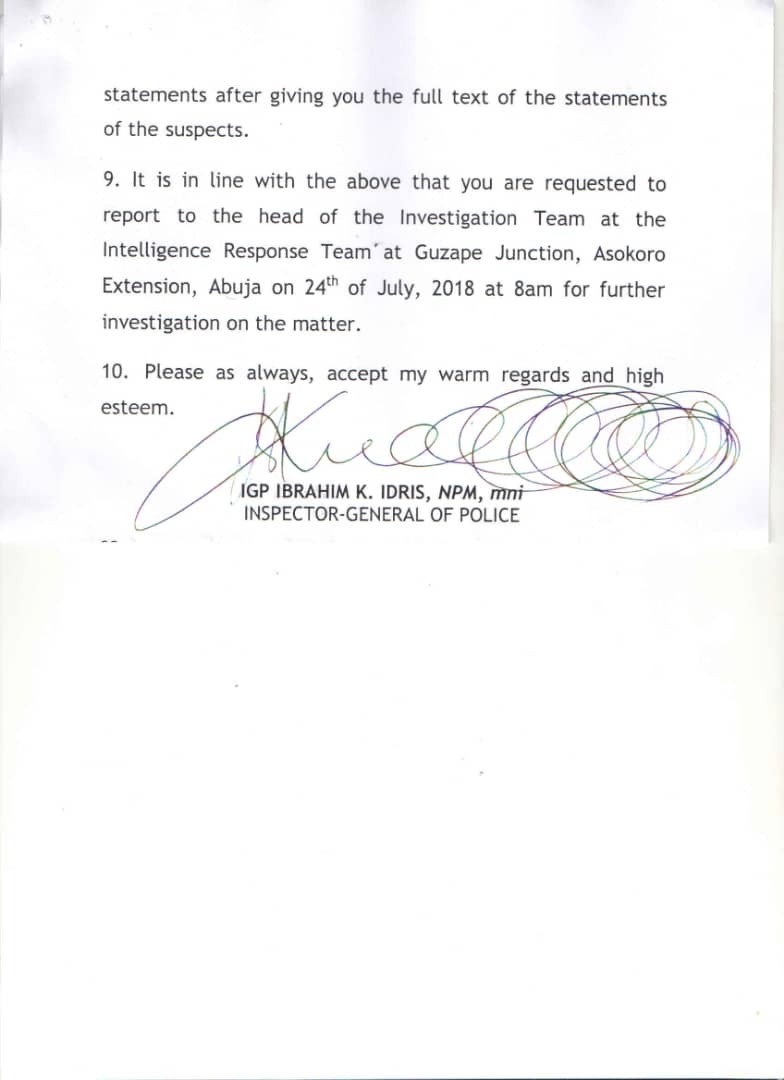