A groom who got married to his sick bride only to watch her die 18 hours later has now spoken of his devastation.

Dave Mosher, 35, married Heather Lindsay Mosher, 31, with the knowledge that those were her final moments. He watched her smile as she lay on her sick bed and threw up her arms into the air triumphantly after they exchanged their vows. But beneath his smile was a feeling of “torture” for he knew she has only a short while to live.

18 hours later, Dave held the hands of his new wife as she breathed her last following a year-long cancer battle. Heather had been battling an aggressive type of breast cancer, known as triple negative breast cancer, for a year when she died. 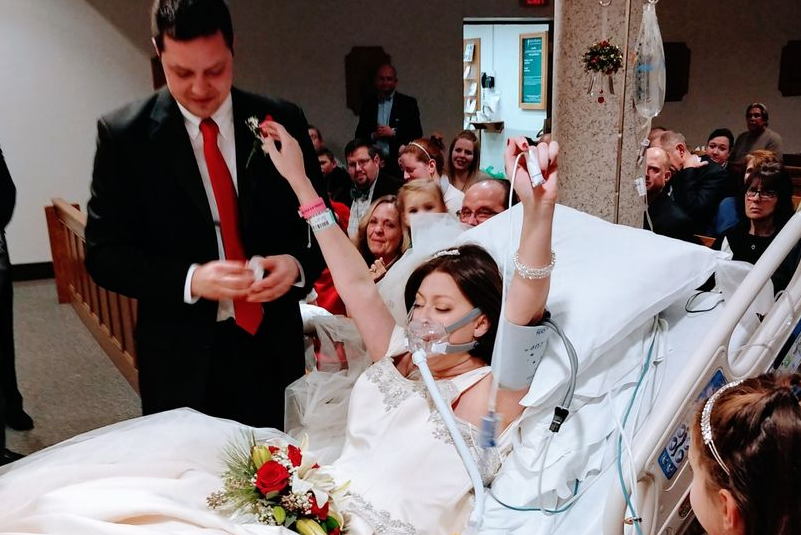 Now, seven months on, Dave has bravely spoken out about his and Heather’s wedding day and the devastating hours that followed.

“The wedding was torture for me,” he told Mirror Online.

“Here I am – I’m in the final hours. I was a wreck throughout the service. We had to stop several times because Heather couldn’t breathe. We then went back to her hospital room for the reception. 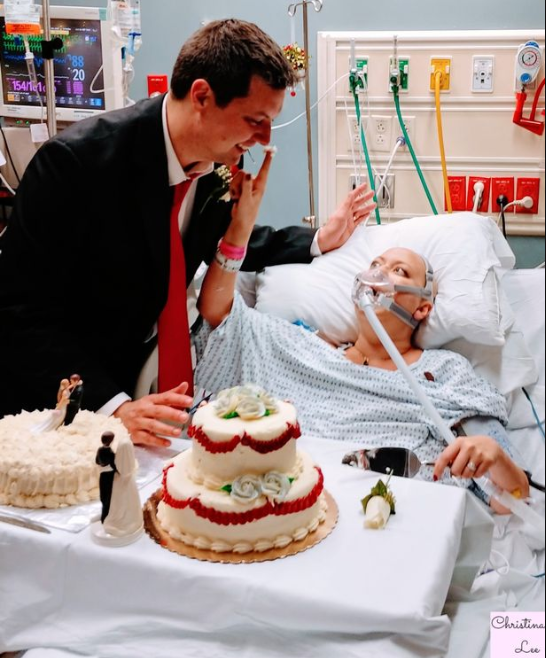 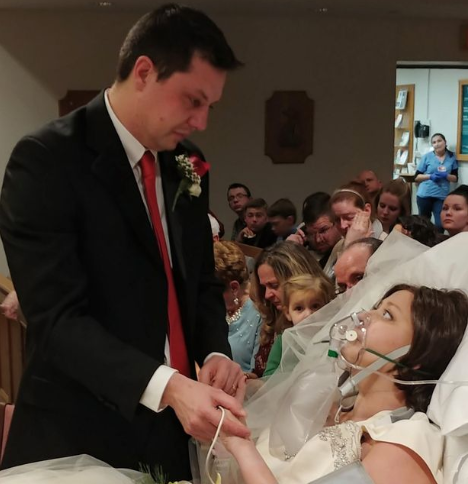 “No-one knows how to react. We cut the cake and we had a nice moment there. For me, it was like torture, knowing what’s just around the corner.”

Dave was previously married to Ashley Mosher and they have two daughters, Sophia, 8, and Molly, 6. His ex-wife was present at the wedding with their kids and she took breathtaking pictures of the wedding.

Also Check:  Murderer is caught on CCTV buying drinks with his girlfriend's money minutes after he stabbed her 26 times and left her to die in pool of her own blood

Dave said that he had met with doctors before tying the knot.

“I had met with them a few hours before the wedding and asked, ‘What are we looking at here?'” he said.

“They said, ‘She’s going to pass before the week’s over’.” 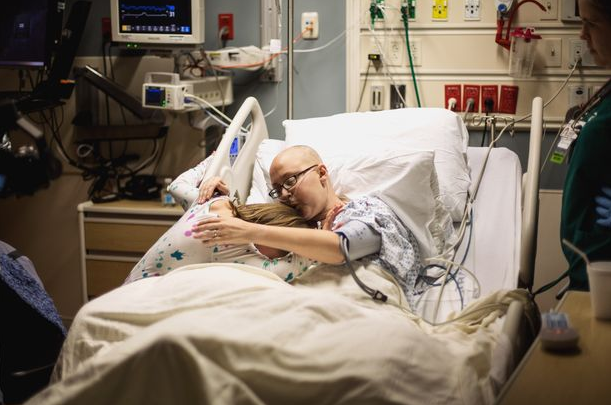 Dave from East Windsor, Connecticut, married Heather, who he calls his soulmate, in the hospital’s chapel in Connecticut, US, on Friday, December 22 last year, as his two little girls proudly looked on. Despite wearing an oxygen mask to help her breathe, Heather smiled, laughed and shared tender embraces with loved ones throughout the day. 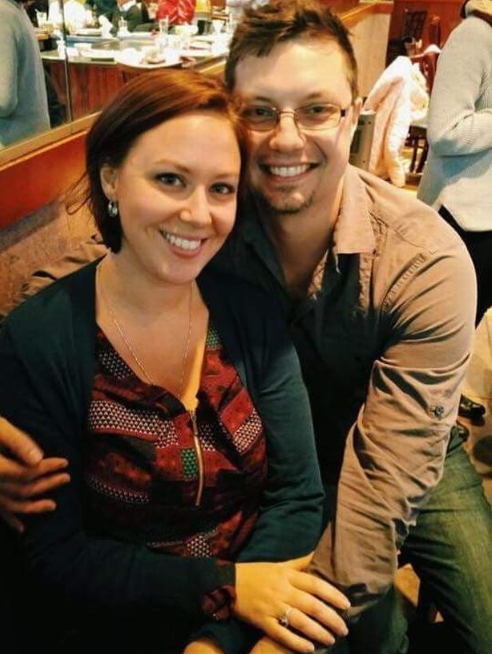 Dave and Heather before the tragedy

She told Mirror Online: “Heather was adored and loved and treasured by my girls. She truly was the greatest stepmom. I honestly couldn’t have hand-picked a better one.”

The mum, who has since remarried and runs a photography firm went on to describe her emotional last moments with Heather as she lay in hospital. 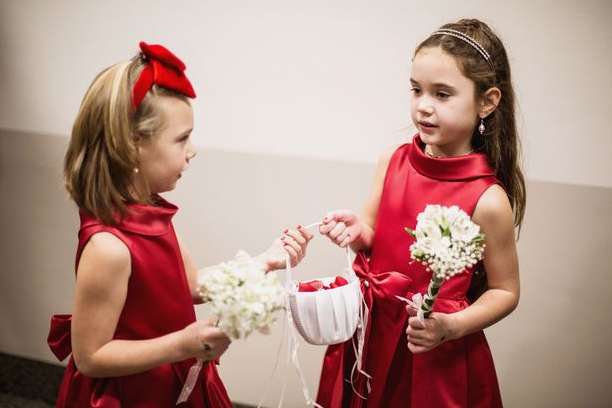 After Heather’s death, Dave and Ashley sat their daughters down together and told them their “bonus momma” had passed away.

“They just fell apart for a good 15 to 20 minutes,” recalled Dave, who owns an insurance agency, a small farm and an investment property. 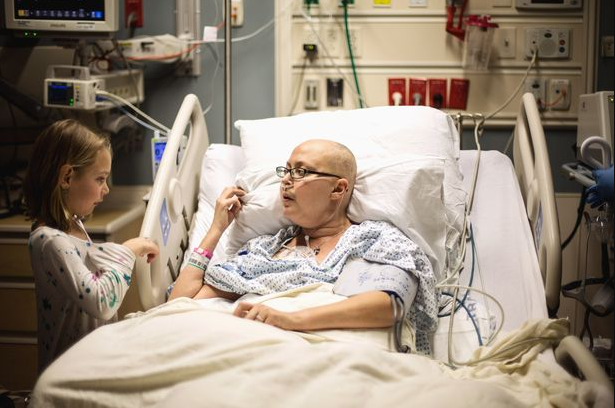 Heather’s funeral was held on the same day, and at the same place, that she and Dave were supposed to have tied the knot. 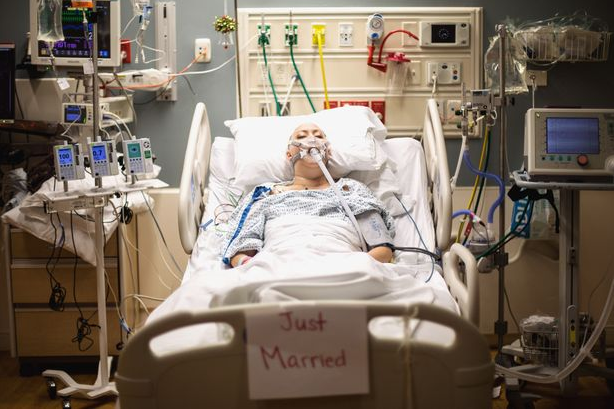 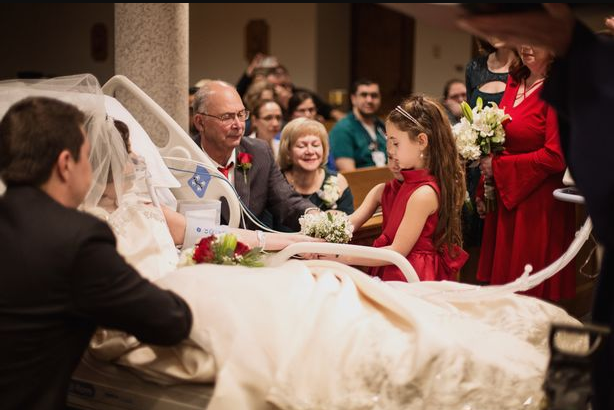 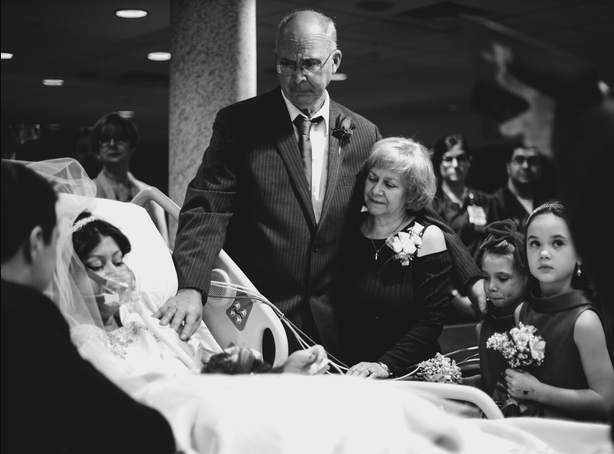 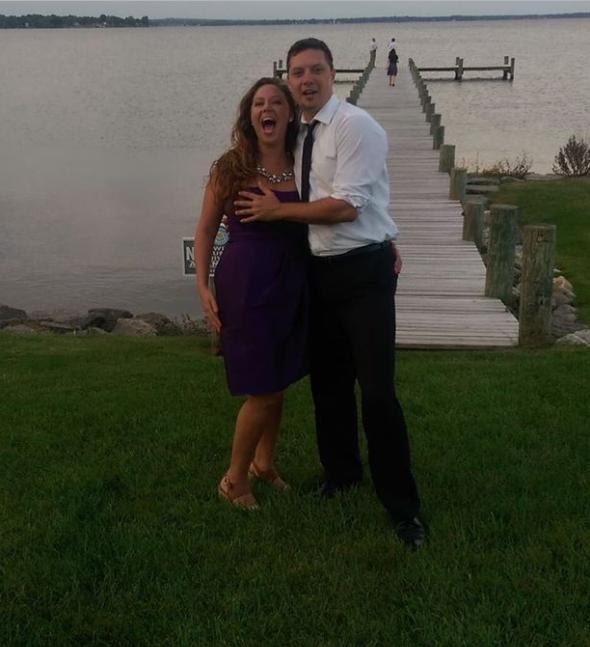 Dave and Heather in happier times