Fourteen members of the same family were killed today in a car crash in central Vietnam on their way to a wedding party.

The groom was also in the vehicle that crashed and he died instantly when their van hit a container truck, police said.

The groom and his family members were heading to the bride’s family home in a neighbouring province when they were involved in an accident in Quang Nam. Their 16-seater van collided with a container truck at about 2.30am, killing 13 people instantly. Another died later in hospital.

Confirming the incident, a policeman said: “All victims’ bodies were brought back to their home for burial. We are treating some of the injured in a local hospital.”

Also Check:  Murderer is caught on CCTV buying drinks with his girlfriend's money minutes after he stabbed her 26 times and left her to die in pool of her own blood

Local authorities said Monday they were investigating the cause of the deadly crash. 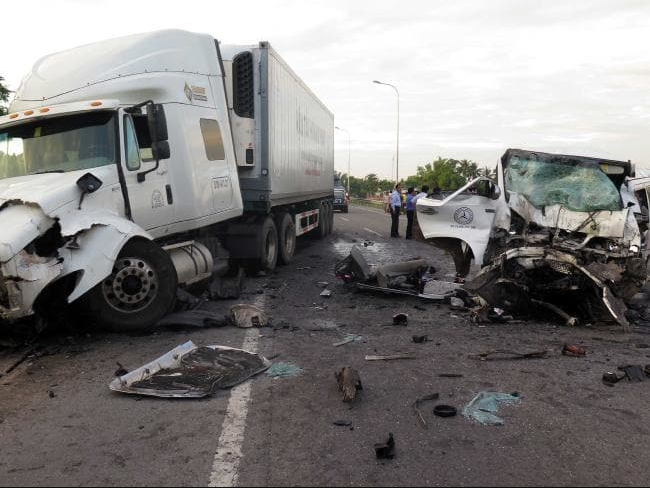