Grandmother severely abuses her grandson who was abandoned by his mother

As though being abandoned by his birth mother were not bad enough, a young boy has had to suffer child abuse and horrible injuries inflicted on him by his grandmother in Lagos. 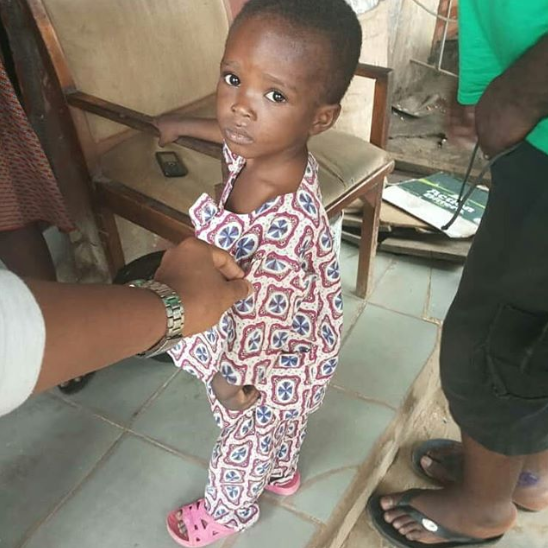 The boy’s plight was brought to light after a good Samaritan saw him with scars all over his back from being flogged numerous times. The good Samaritan, Didi Moon, revealed that the boy also gets starved by his grandmother in addition to the beatings. 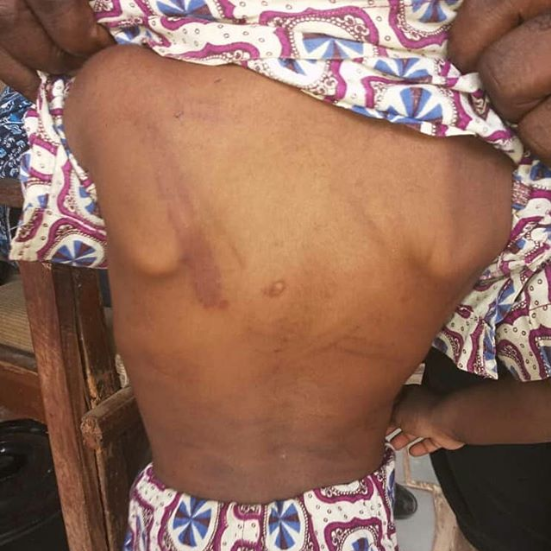 Didi took photos of the boy’s injuries and shared online while calling for the appropriate authorities to act and get the boy the help he needs.

Also Check:  What a couple did to a 5-year-old girl living with them 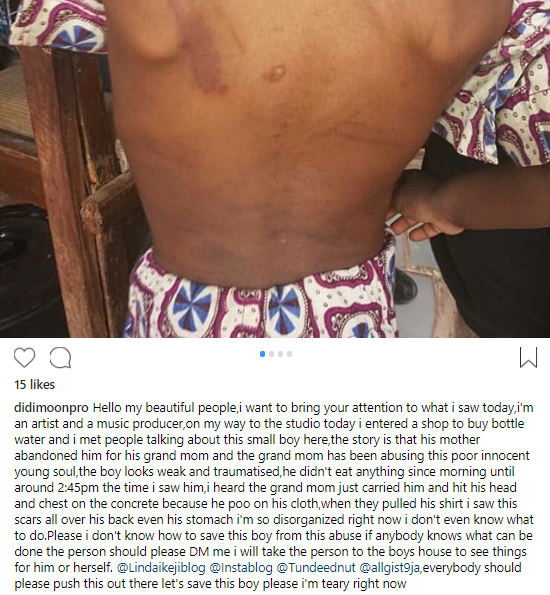