Forbes Magazine has released its list of the 2018 NBA draft and its projection of the salaries for this year’s class of rookies.

According to the report, ‘the highest pay will go to 19-year-old Nigerian, Deandre Ayton of Arizona who is the number one overall pick who should earn a maximum of $41,242,888 over his rookie contract with the Phoenix Suns, including approximately $18,107,160 guaranteed during his first two years.  Following Ayton is No. 2 pick Marvin Bagley III of Duke, who should make a maximum of $36,910,323 over four years with the Sacramento Kings’.

International star Luka Doncic, who was drafted the Atlanta Hawks and traded to the Dallas Mavericks, is scheduled to make approximately $32,618,812. 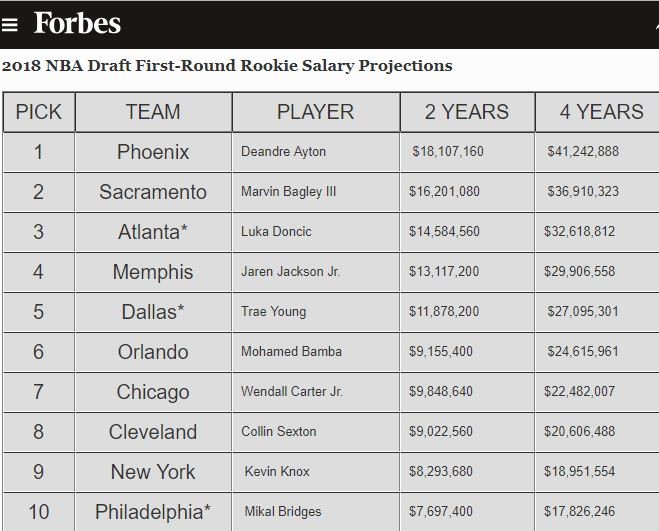