Over the weekend, members of the terrorist group, Boko Haram, ambushed a military convoy at Boboshe village in Bama Local Government Area of Borno. 23 soldiers and eight military trucks went missing after the attack. The soldiers were on their way to the village to clear out the sinurgents after getting a tipoff that they had gathered in the village.

According to media personality, Ahmad Salkida, bodies of 10 out of the 23 soldiers have been recovered. He shared the recent development on twitter. The Nigerian Army has however not reacted to the development. Read Ahmad’s tweet below 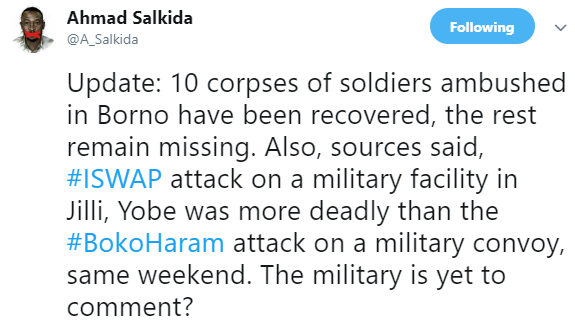