Italian-Nigerian discus thrower, Daisy Osakue risks missing the European championships after being attacked overnight in Moncalieri, the province of Turin.

Osakue, who holds the Italian under-23 record for the discus and was born in Turin to Nigerian parents, was hit in the face by an egg hurled from a Fiat Doblò car at Moncalieri on Sunday.

She was taken with Turin’s Oftalmico eye hospital with an injured cornea and needs surgery to remove a fragment of shell.

The incident follows a spate of racially motivated attacks in recent months in Italy that the opposition centre-left Democratic Party (PD) has linked to the tough comments and stance on migrants of Interior Minister Matteo Salvini. 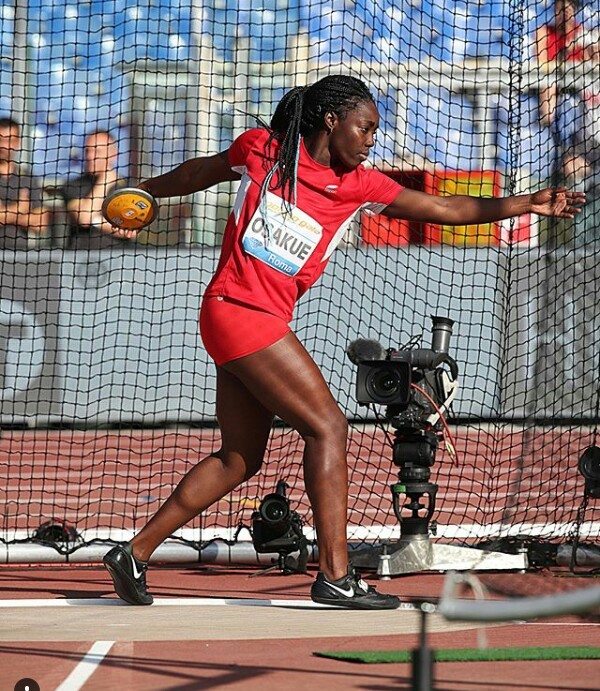 Carabinieri police sources, however, said race hate was not suspected in this case, adding that there has been other reports of eggs being thrown at passers-by from the Fiat Doblò in recent days.

Also Check:  At least three people died and 67 others were injured after a tanker truck exploded on a highway in Italy

However, Osakue said Monday she was attacked because she is black.

“They did it on purpose,” Osakue said.
“They didn’t want to hit me, as Daisy, they wanted to hit me as a young woman of colour. There are several prostitutes in that area and they will have mistook me for one of them.

“I have been the victim of episodes of racism before, but only verbal ones. “When you go from words to action if means another wall has been breached”.

The 22-year-old said she should be OK and surgery isn’t needed.

“Luckily it’s only an abrasion,” she said.
“With a few days rest and some drops I should be all right”. 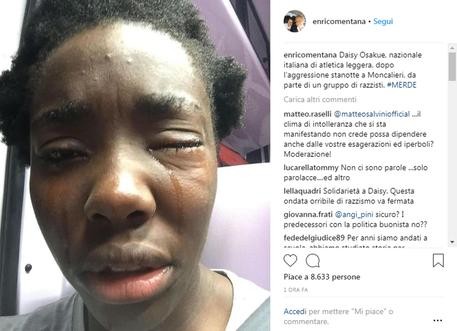 PD leader Maurizio Martina said that the government is in danger of being an accomplice to a rising wave of racism.

“Not seeing the serious risk that we are running after the multiplication of cases of violence on migrants is a huge mistake,” Martina said in Naples.

“The problem is that there is a worrying racist spiral that should be acknowledged and fought. A government that does not recognise the problem becomes an accomplice in this spiral.
“We denounce the short-sightenedness of the government of (Interior Minister Matteo) Salvini and (Labour Minister Luigi) Di Maio and all those who make comments that deny the problem”.

Martina made an appeal to other associations and civil-society bodies to join the PD in a big protest against the climate of race hate in September.
Salvini, meanwhile, dismissed as “nonsense” opposition assertions that Italy is in the midst of a racism emergency following a series of allegedly xenophobic attacks.

“Let’s not talk nonsense,” Salvini said when asked about the alarm sounded by the opposition, centre-left Democratic Party (PD) I point out that over the last three days alone the police have arrested 95 migrants while 414 others were reported to prosecutors.

“The mass immigration permitted by the Left in recent years has not helped, which is why I’m working to stop human traffickers and illegal immigrants”

He added that he condemned the attack on Osakue.

“I hope to meet her and see her compete as soon as possible,” said Salvini, who is also deputy premier and leader of the rightwing League party.

“Every attack should be punished and condemned.
“I’ll always be at the side of those who suffer violence”.