A British hospital nurse, who used voodoo magic to enslave young Nigerian girls and transport them to Europe for prostitution, was today found guilty in the first case of its kind in the UK.

Josephine Iyamu, aka Madam Sandra, formerly of south London, used a witch doctor to convince her victims they were under her control and exploited them to fund a lavish lifestyle. The 53-year-old was a ringleader of an international human trafficking crime network and lived in a huge Nigerian mansion complete with a servants’ quarters.

Iyamu charged each of her victims Euro 30,000 and Euro 38,000 to arrange for their travel to Europe, profiting from more than Euro 15,000 from one victim alone via wire transfers and cash payments. 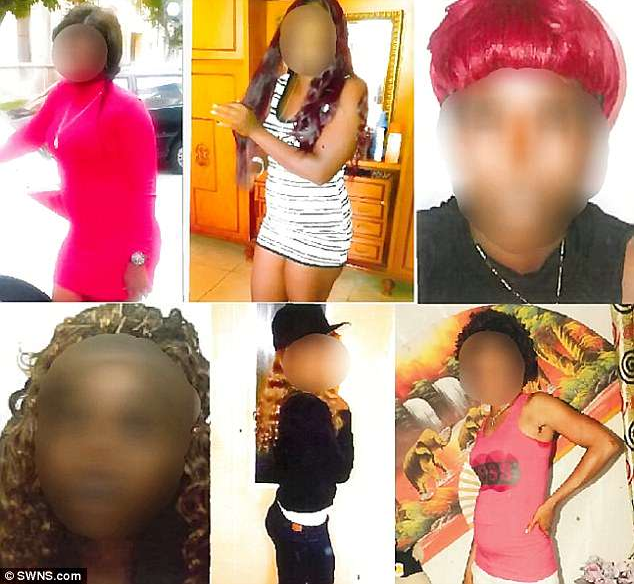 Iyamu would first make the vulnerable women undergo “Juju” ceremonies which would involve them drinking blood containing worms and eating the heart of a chicken.

They were given blood containing worms to drink.

A chicken was used to hit her naked body on the back and on the chest. She had to eat the heart of the chicken which had just been killed. And the priest would cut their skin and mouth with a razor blade.

Iyamu then took snippets of her victims’ head and pubic hair and kept them in individualised packages and she told the girls: ‘You have now eaten from the devil and if you do not pay, the devil will kill you.’ 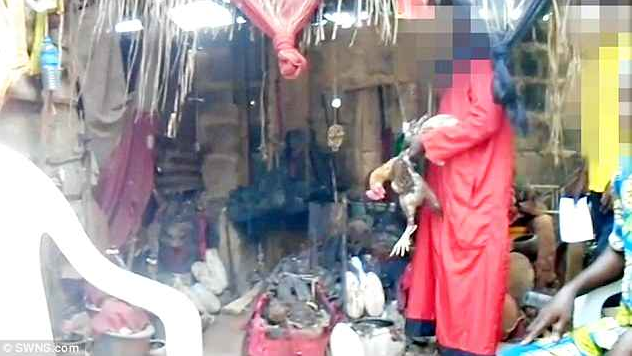 The ritual ceremony in Nigeria

After the juju ritual, the victims would then be forced to endure an arduous five-day journey to the Libyan coast. Sometimes, the journey saw them shot at, ambushed, and gang-raped. They would then catch an inflatable boat crammed with hundreds of people to Italy before being moved into Germany to work as prostitutes.

Iyamu and her husband Efe Ali-Imaghodor, 60, were arrested at Heathrow Airport on August 24 last year after traveling back from Nigeria. Police found her in possession of seven mobile phones and more than 30 SIM cards and this linked them to a German human trafficking investigation. Officers also discovered a piece of paper detailing a list of items needed as part of the “Juju” ceremonies and another with telephone numbers of criminal associates.

Today, Iyamu was convicted by a jury of five counts of arranging to facilitate travel of another person for exploitation following a trial at Birmingham Crown Court. She was also found guilty of perverting the course of justice after paying Nigerian police to arrest one of the victims’ relatives in a bid to stop the woman giving evidence against them in the trial while both were in police custody in the UK. 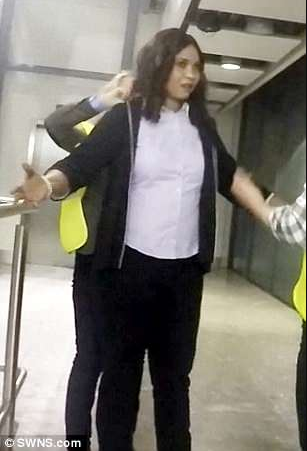 Iyamu forced one of her victims to have an abortion in Italy after being raped and impregnated on the journey, according to Kay Mellor, a senior investigating officer at National Crime Agency (NCA).

Despite still bleeding, Madam Sandra told her that she had to start work as soon as possible, she needed to pay the extra Euro 500 to cover the cost of the abortion.

German police found text messages from Iyamu to her victim forcing her to work as a prostitute while still bleeding from her operation. 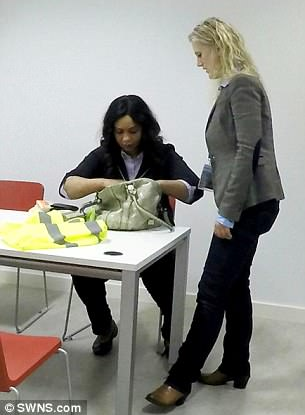 The victim wrote: “Have you forgotten that you sent me straight back to work right after my abortion, even though I was still bleeding?”

Iyamu replied: “Time is dragging on. Pull your finger out!”

Following her conviction today, she will be sentenced on July 4.