A South African man has made a thread on Twitter narrating how men handle breakups with hilarious scenarios, and it has gone viral.

From the denial stage, to trying to get back with the girl, to acting like you don’t care, then begging, then stalking, and finally accepting that she’s gone, the Twitter user explained it all in his tweets and everyone finds them hilarious.

Men also replied to tell him they agree with his tweets. 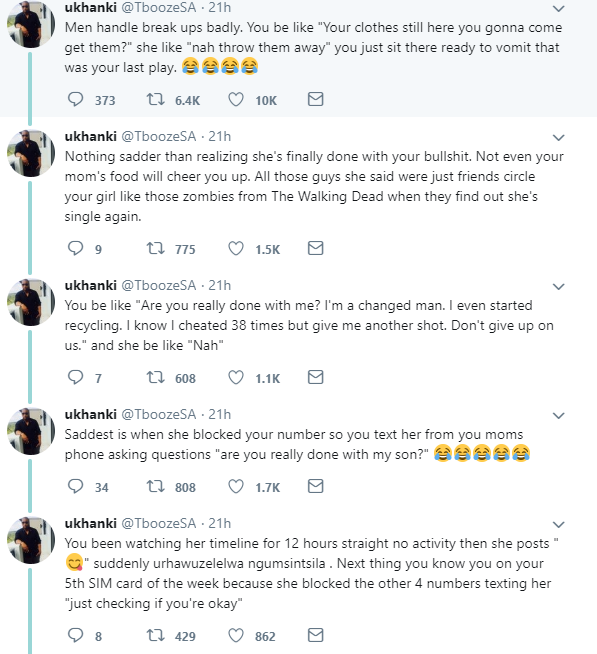 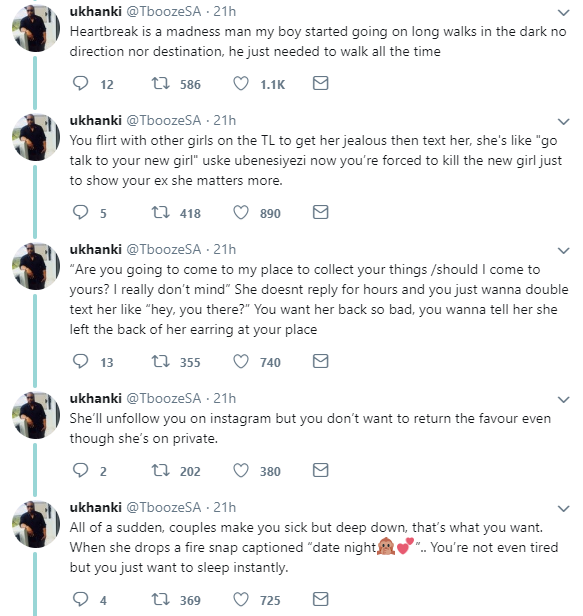 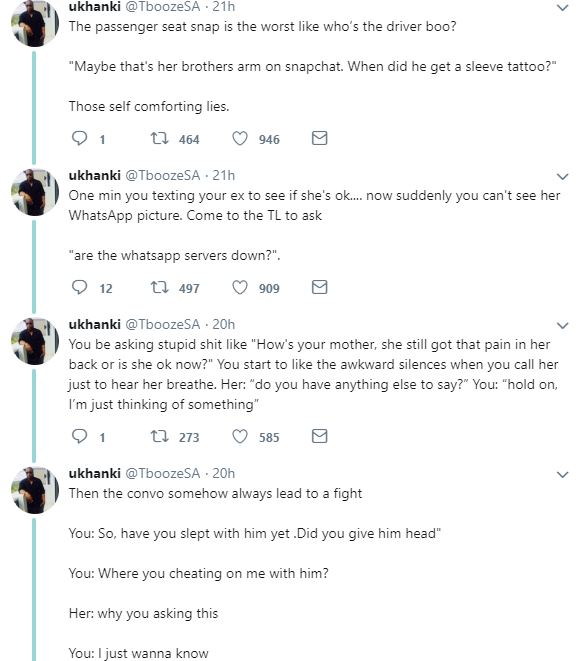 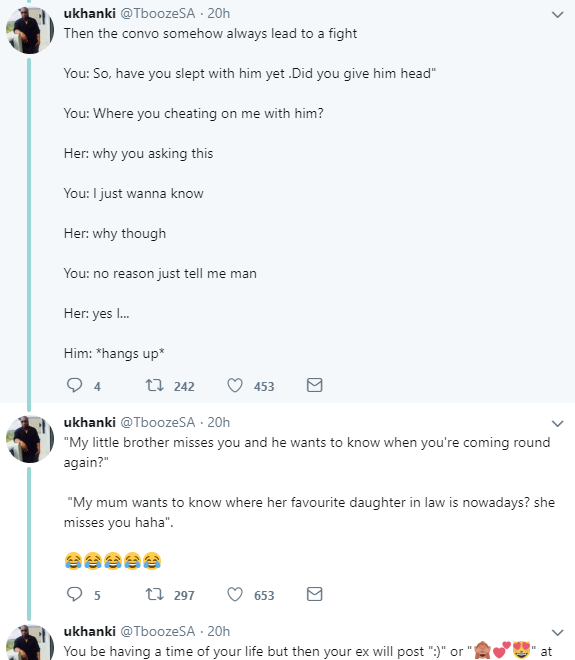 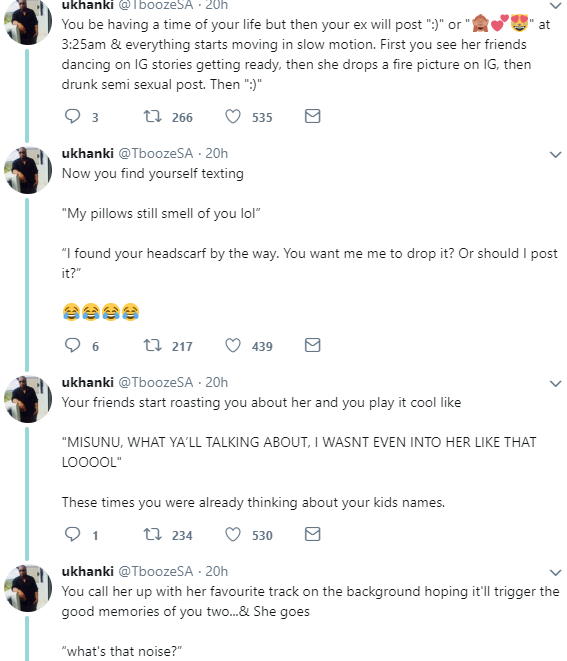 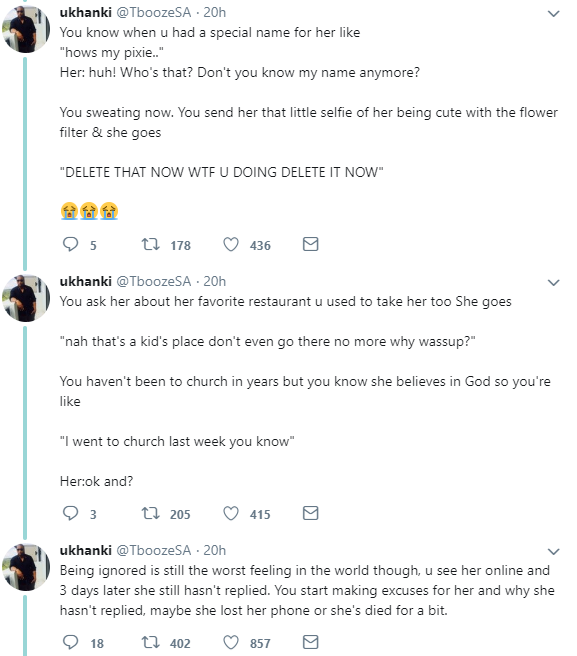 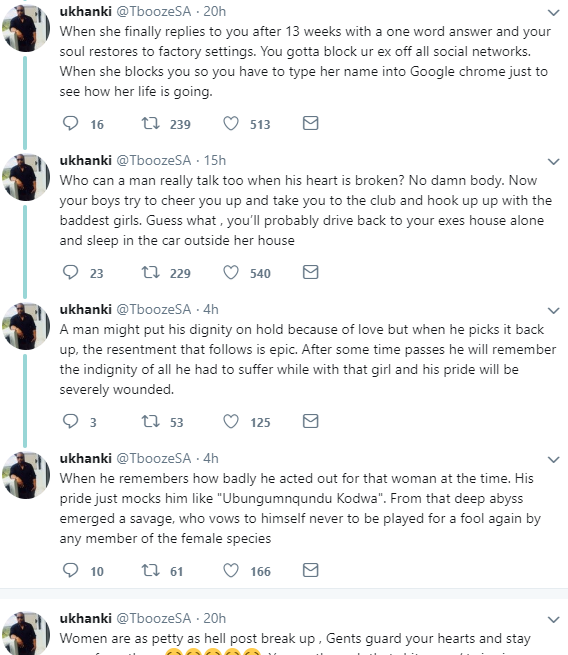