Reality star, Kendall Jenner, who wanted to be captured flawlessly at the 2018 Met Gala, was caught on livestream pushing away a security guard on the red carpet.

The 22-year-old supermodel was posing for photographs in her white jumpsuit dubbed ‘toilet paper chic’, before the security working at the gala almost got in her way.

Kendall who was fully prepared to get good photos shoved him away and it was captured on E!’s live stream. 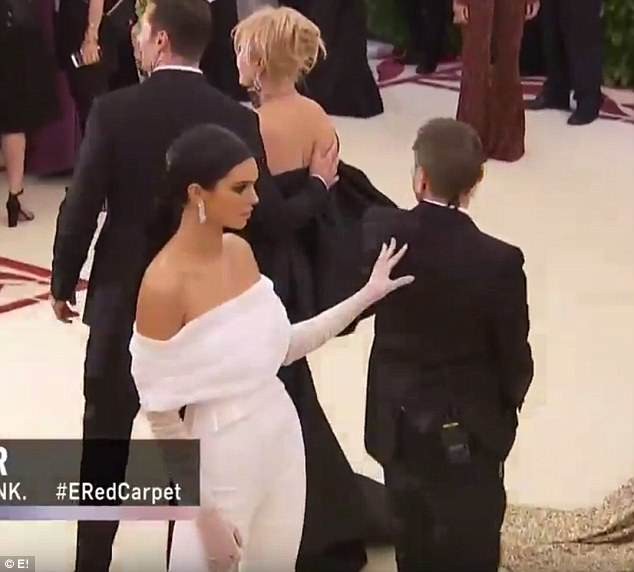 Her gesture, attracted criticism online as some fans bashed her for shoving the security guard away.

One Twitter user wrote: ‘Who does kendall think she is? Did y’all see her push that security guy out of the way!?? #MetGala.’

Another Twitter user wrote: ‘Kendall Jenner shows up to the #MetGala in the most-bland toilet paper outfit and had the nerve to push one of the handlers out of the way who was just doing his job on the carpet #rude,’ wrote another eye-witness.

One eye-witness also posted: ‘Just watched Kendall Jenner push a PA on the live stream I’m watching, but her outfit is toilet paper chic and I’m okay with it.’