Photos: Bauchi State First lady rehabilitates mentally ill woman who gave birth on the street after being impregnated by a ‘wicked and nasty man’

Taking to her official Facebook page, she narrated the story of Boka, a woman, who suffers from mental illness in Shira LGA of Bauchi State and how she was successfully rehabilitated by the wife of Bauchi State Governor, Hajia Hadiza Abubakar. She also posted pictures of Boka, before and after her rehabilitation. Read below: 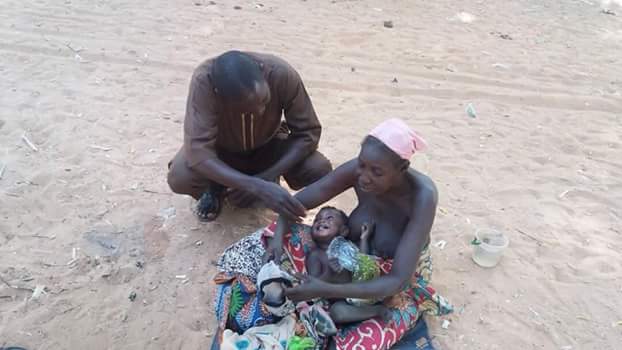 A few months ago , Some friends and acquaintances tagged me on a post by a freelance journalist, Haruna Muhammad Salisu, who wrote about a woman suffering from mental illness popularly called Boka.  I immediately contacted the wife of the Bauchi state Governor, H.E Hadiza Abubakar for her intervention in the plight of the lady.

Her Excellency was swift and the needful was done. She responded on her very first step to saving Boka thus :

“Glad to inform you that Boka has been successfully  reunited with her family in the village of Sambuwal Shira. Her brother has given her a room in his house while govt will take care of her living expenses. I will figure out how to rehabilitate her on a more permanent basis by the time she regains her physical and emotional  balance. Thanks for bringing her case to my attention.” 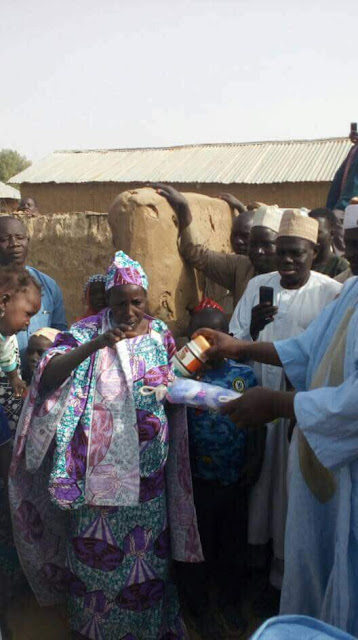 Haruna Mohammed described the situation of Boka in the following words:

Boka is a mad woman that gave birth on the street. Her real name is Lami from Shira LGA of Bauchi State. I saw her lying by the road side with her little baby on my way to Shira town to meet with parents of out of school children on a USAID funded project I supervise. I asked the driver to stop. I quickly got down and approached the woman. At first I was sceptical – understandably not to be trapped by a wild woman, since I do not know the trajectory of her insanity. I enquired from some passersby. I learnt she is simple.

I was encouraged by Suleiman Adamu from Shira to go ahead and talk to her. I did. In spite of her state of affairs, Boka could coherently articulate her points and would tell you all that befalls her. She told me that she was impregnated by a man from Adamami, a village not far away from Shira town. Boka’s condition and her innocent child left me bewildered for many reasons.

One; her pregnancy is not Mary’s type (Maryam AS)—Jesus’ mother. She was impregnated by one of society’s condemnable fellows who betrays human conscience. The doer is one of the most horrific creatures that walk on this earth. Most wicked, wild and nasty.

Two; the whole community where the filthy fellow committed his dastardly act could not do anything to apprehend him and bring him to book despite their knowledge of him. He’s freely conducting his businesses at the mercy and reckless tolerance of the community.

Three; the community watches as the  woman roams about with her innocent Zainab amidst winter, sleeping outside, sometimes by the road side without any form of shelter and cloth for the little baby. This banality of social isolationism is the most dangerous and delusionary form of intolerance I have ever seen.

Four; no one is disturbed by the innocence of the little baby, let alone offer refuge of any kind—if not for the mother.

Five; the baby is exposed to several dangers: she eats and drinks from the scraps and remains of her mother’s collection from the dustbin— since that is where the mother collects her food.

Six; the innocent baby was vaccinated only once, as testified by the mother. Impliedly, she is vulnerable to all kinds of sicknesses and diseases since her mother is unaware of any form of vaccination let alone think of getting one for her baby.

Seven; I was more puzzled by the lack of sympathy and empathy exhibited by the host communities—shira-Azare axis who watch Boka wander around with her Zainab in tatters. It speaks volumes about our collective self-deception and failure. It is more unfortunate that this woman roams around within the glare of Shira local government officials as my investigations reveal. They were not moved by an inch to rehabilitate Boka and her little Zainab. What a society!

I am making a special case for her shortly. I hope this write-up accelerates the process. People of conscience should rescue Boka and her Zainab. Come to her aid! Please come to her aid quickly! History will not forgive us if we turn away and ignore plights of Boka and her little Zainab.

The dominant Islamic enclave, Islamic organizations, traditional institutions and other custodians of the society’s values should step up with more campaigns and awareness that could clearly denounce such inhumane exploitation of lunatics, not just Boka. Lastly, Boka deserves justice.

Human right NGOs and legal practitioners should pick up the challenge to initiate legal tussle that would eventually “reward” the culprit accordingly! 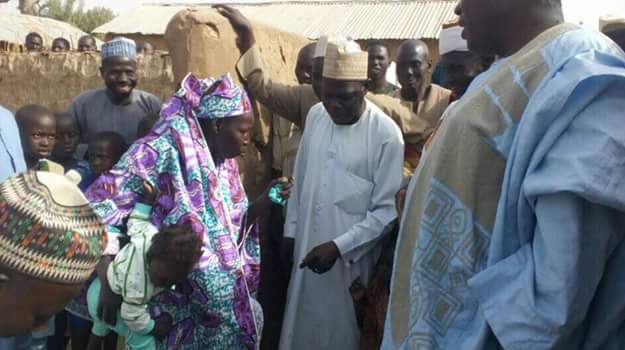 After some months of rehabilitation, I was pleased when Her Excellency , Dr. Hadiza Abubakar yesterday informed me on Boka’s progress so far and sent pictures of a stable woman as of today ! Alhamdulillah 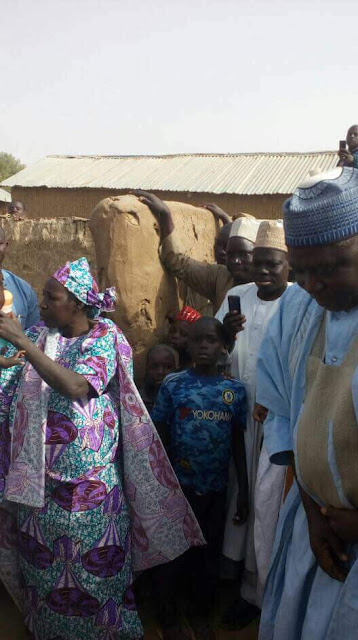 All of us at MMAWT Legacy initiative concur this :
‘’A rights-based approach seeks ways to respect, support and celebrate human diversity by creating the conditions that allow meaningful participation by a wide range of persons, including persons with disabilities. Protecting and promoting their rights is not only about providing disability-related services. It is about adopting measures to change attitudes and behaviours that stigmatize and marginalize persons with disabilities. It is also about putting in place the policies, laws and programmes that remove barriers and guarantee the exercise of civil, cultural, economic, political and social rights by persons with disabilities’’

Thereby i would like to use this medium to thank all those who were at the fore front on the campaign to rescue and rehabilitate her !

Note : Attached are pictures of Boka, before and after her rehabilitation.