Eight Nigerians that returned to Nigeria from Libya last week, have died in an auto crash along the Ore-Ijebu Ode-Sagamu expressway, Ogun State. According to reports, the the Libya returnees upon their arrival last week, were transported to Edo state for profiling and re-integration. 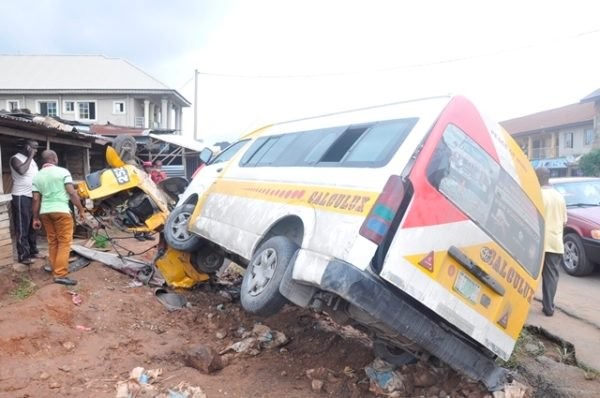 They however decided to come to Lagos to meet with a popular pastor whom they heard was give out N50,000 to every Libya returnee. The 15 returnees, five of them women, embarked on a journey from Edo state to Lagos last Tuesday January 16th night, in a white Toyota Hiace 18-seater commercial bus marked AYB 479 XA and a blue and white Volvo truck registered as KSF 79 XL. Their vehicles were sadly involved in a fatal accident that saw eight of them die on the spot.

FRSC officials stationed on the road said the driver of the bus some of the returnees were seated in, drove against traffic and had a head-on collision with another on-coming vehicle.

The remains of the deceased have been deposited at the General Hospital in Ijebu-Ode. Those that sustained injuries are currently receving treatment at the hospital.